THE ARRANGEMENT 1 by Abby Weeks 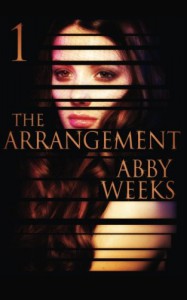 Walter has received a promotion and life as he and April know it will change. First they move, get new furniture, look at boarding school, then April realizes more will change. As she meets the partners and their wives, she knows there is much she has not been told.

I liked April. I dislike Walter. The partners are on the periphery now. I suspect I'll learn more of them and their wives in the next episodes of this series. I think I know what will be going on. Something tells me I will never like Walter but I do not know if I will like any of the others.

This book is the set up for the series. The world building is good. I feel like April. I'm confused and at a loss as to what to expect and what is expected of April. I hope to find out soon what happens.