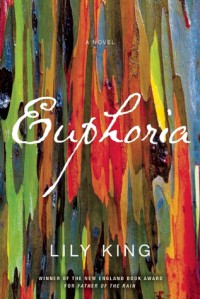 On Guinea Nell and her husband Fen are studying indigenous people. They are now on their third group of people, the Tam, who welcome them and allow them to become part of the tribe. They were introduced by Andrew Bankston, another anthropologist who is studying another group there. Fen's mind is on a flute he saw with an earlier group he and Nell were studying. He leaves Nell to do most of the study. When he achieves what he wants, he puts all 3 in danger and they must leave. But can they? Will Fen leave without any artifacts?

I liked the story. I liked Nell and Bankston. I hated Fen. Fen was a user. Neii was a better anthropologist and his ego couldn't take it. He was mean, nasty, and abusive. When Bankston meets Nell he is smitten as she was with him. He is caring and gentle with her. He makes sure she is taken care of which she doesn't receive from Fen. Fen is jealous of Bankston but never changes his behavior. I hated the ending but I don't think there could have been any other ending. This was not a happy story.