THE BIKER AND THE BALLERINA by Andra Ashe 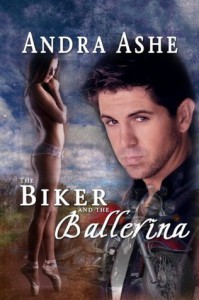 Brody rescues Cara in the desert because of a broken-down car. He takes her to the nearest shelter on his bike. The shelter is a local pub where they are able to get rooms. Separating to their rooms, Brody later sees her in a common room where she is dancing. Entering, she finally sees him and quietly confronts him, leading to a tumble they won't forget. But nothing lasts forever, especially a one-night stand.

I liked this story. It is a quick read that could have used some proofreading. Brody and Cara are hot. They did not let their size difference matter. They spend the night together then go their separate ways though they were reluctant. I did like the ending.